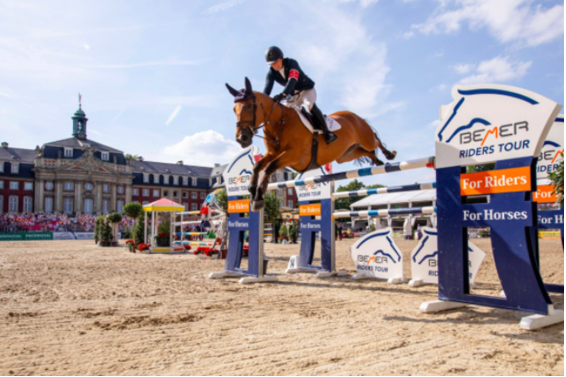 AUGUST 1-4th, 2019
Brought to the highest level by Olivier Robert, before being sold to the American Adrienne Sternlicht, Raia Helby (Fergar Mail) has been under the saddle of the Luxembourgeoise since the end of 2017. By winning this afternoon the CSI4 * Grand Prix of Münster, the mare Selle Français wins the most beautiful victory of her career. Charlotte Bettendorf and Raia are ahead of Sweden’s Angelica Augustsson Zanotelli with Nintender Star (Nintender), while the 2018 World Champion couple, SImone Blum and DSP Alice (Askari). Two Frenchmen were at the start with four points of Gravity of Greenhill, Julien Anquetin ranks tenth, while Guillaume Foutrier made three fouls on the initial lap with Tchin de la Tour (Chin Chin).