EVVIVA POLO ST. MORITZ on board for the 2021 POLO RIDER CUP 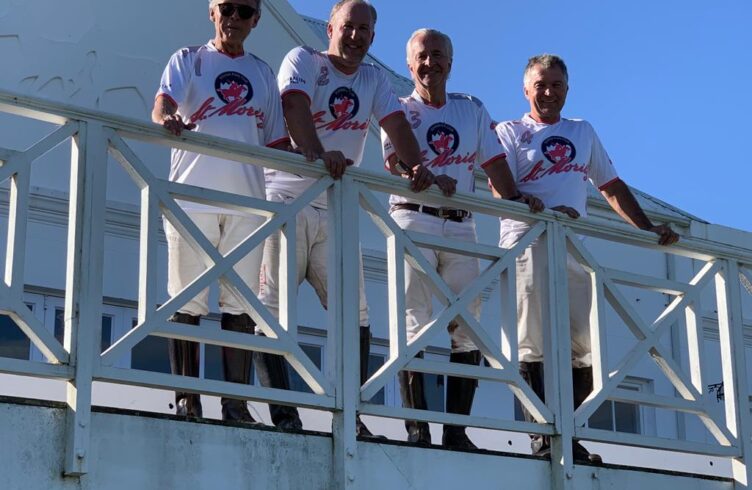 Tommy Rinderknecht, Captain of Evviva Polo St. Moritz, comments: “Evviva Polo St. Moritz and
our players, who have played for many years all around the world, are very proud to compete in
the Polo Rider Cup. This event is the first time that a competition brings together polo clubs and
their players from many places, thanks to the support of Federation of International Polo and the
implication of the clubs. We are very much looking forward to this exciting event in Chantilly.”
Benoît Perrier, CEO & Co-Founder of GAME Polo, comments: “Evviva Polo St Moritz is a wellknown
club, having organized the Snow Polo World Cup St. Moritz and the 1995 IV FIP World
Polo Championship. The team is international, with two Swiss and two Argentine players. Evviva
Polo St Moritz team is built around Martin Aguerre, an extremely talented 7-goal player and
excellent horseman, and Lucas Labat, another experienced player. The players have known each
other for many seasons, so team spirit will be one of their strengths, as well as their excellent
ponies.”
***
About the Evviva Polo St. Moritz (http://www.spa-swisspolo.ch/members/evviva-polo-st.-moritz)
The social and sporting highlight of St. Moritz. Every last weekend in January, St. Moritz turns into the world capital
of polo: since 1985, when snow polo had its world premiere here, teams from around the world compete for the Snow
Polo World Cup St. Moritz on the frozen lake of St. Moritz. The Snow Polo World Cup St. Moritz is the world’s first and
best tournament on snow. The three days of the tournament stand for high-class polo played against the magnificent
backdrop of the snow-capped mountains of the Engadin Valley and social events both on the lake and in the firstclass
hotels in St. Moritz. An unforgettable experience.