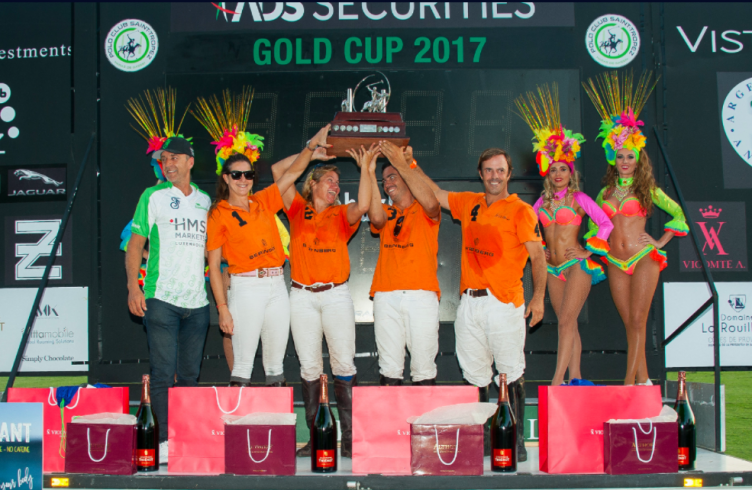 It was on a beautiful Sunday that the last tournament of the season 2017 was held, with the final match of the GOLD CUP 2017. Four teams competed to reach the title, but the first place was been played between the team The Glorious 4 and the team Dark Ice / Los Nocheros. The Glorious 4 with a brilliant performance in the saddle, outshone the Dark Ice / Los Nocheros Team.

The team The Glorious 4 made up by Lea SIBONI (f) 0, Eva BRÜHL 2, Juan Martin GALLEGO 3 and Pedro FERNANDEZ LLORENTE 5 played a very good last chukker by putting the pressure on Dark Ice / Los Nocheros in the last seven minutes of the match to claim the 6-5 wins.

The MVP of the final was earned by Eva BRÜHL and the BPP went to Prenda, which was ridden by Juan-Martin GARCIA LABORDE.