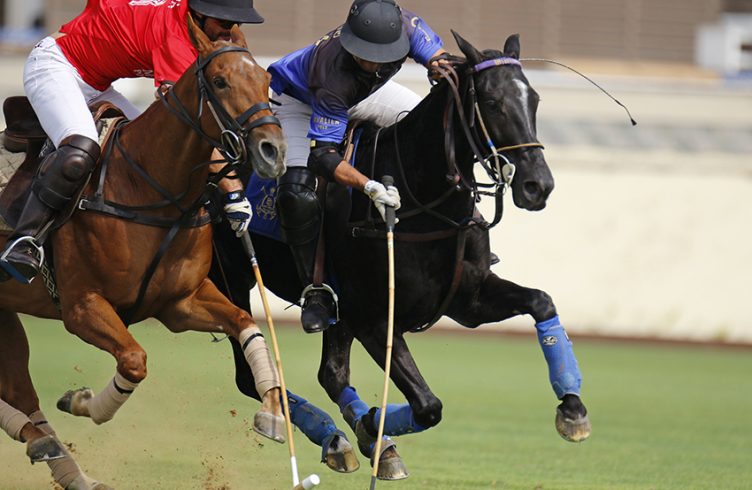 28th March 2017, DUBAI, UAE: Habtoor Polo and Bin Drai Polo Team will play next friday the final of the Dubai Challenge Cup after winning today their respectives matches for the semifinals of the tournament.

Bin Drai defeated Mahra by 13 goals to 10 and Habtoor did the same against Wolves by 8 goals to 4 in a great double action day at the Al Habtoor Polo Resort.
With this results Bin Drai and Habtoor will be, like 2016 edition, the finalists of the Dubai Challenge Cup, the fourth tournament of the Dubai Polo Gold Cup Series 2017, held under the patronage of HH Sheik Maktoum Bin Mohammed.

In the first game of the day, Bin Drai Polo learned from the mistakes made in the last qualifying match against the same rival and had a great performance this afternoon.
From the very beginning patron Saeed Bin Drai´s team was concentrated and played at a great level to defeat the “never surrender” Mahra team.
Finally it was a 13 goals to 10 victory with Raúl Laplacette as the top scorer in the winning team with 6 goals and Jerónimo del Carril, also with 6, the top scorer in Mahra.

In the second match of the day, Habtoor Polo also had to battle hard to defeat always tough Wolves Polo Team. Patron Mohammed Al Habtoor´s team played a great second half, with 10 goaler Nicolás Pieres leading the team for a deserved triumph by 8 goals to 4.
Pieres was the top scorer of the match with 6 goals.

The Dubai Challenge Cup will continue tomorrow with the Subsidiary semifinal between Zedan Polo and Bangash Polo. This match will be held from 4 pm at the Al Habtoor Polo Resort & Club.