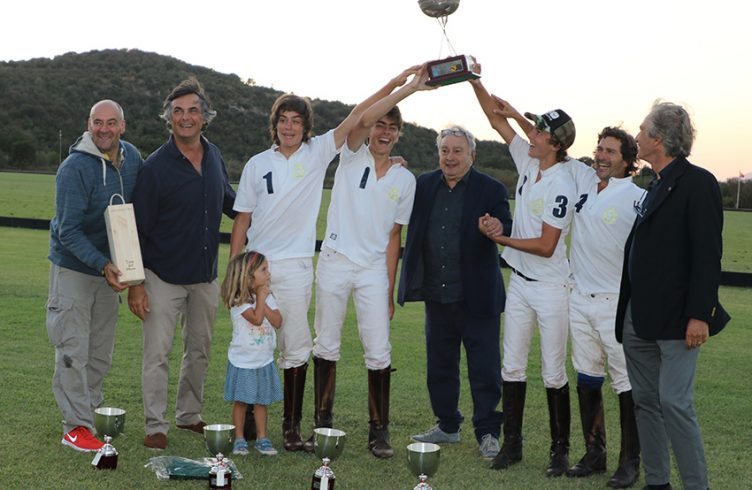 Saturday 12 august 2017 it ended the IX edition of the Coppa Italia F.I.S.E., an international polo tournament organized in collaboration with the Italian Federation of Equestrian Sports.

The Hot Conejos team from Belgium, for the first time at Argentario Polo Club, won the Coppa Italia F.I.S.E. defeating La Nuova Poncia team that won the Cup in 2016

Six teams have fought for 2 weeks, but in the end the incisive and sparkling game of the Hot Conejos team surprised everyone..

An extremely positive note was the presence in the two finalist teams of four very young players: Bautista Riglos, Leon De Cloedt and Lucas Bertola who are 15 years old, and Lucien De Cloedt who are 18 years old. They have thrilled with their liveliness put in the field under the direction and experience of the Argentinian professional polo players Marcos Riglos and Oscar Colombres.

An extraordinary and intense audience participation supported the teams during the matches and the prize giving.
The audience and teams celebrated with a tasting of the wines of Santa Lucia winery and dairy products of Caseificio Manciano.

The Argentario Polo Club will wait you next year for the X edition of the Coppa Italia F.I.S.E. and for another great polo season