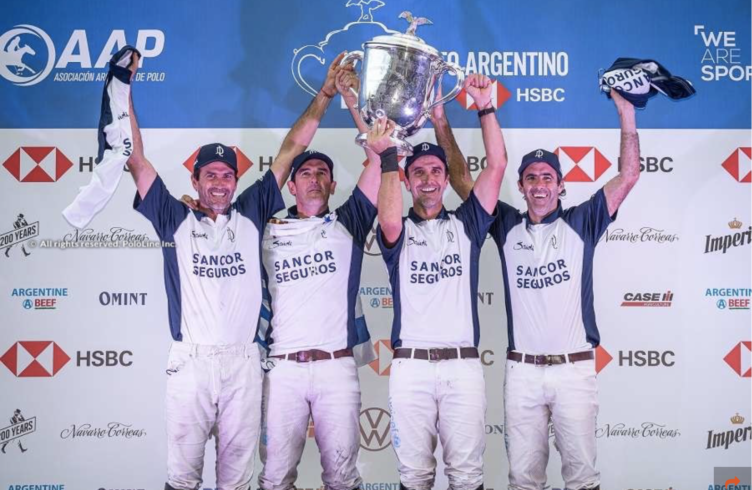 Saturday, November 19 was the most anticipated day on the international polo calendar, with the Argentine Open final set for 5pm at Palermo. The match was to be another clash between the seven-time champions La Dolfina Saudi and Ellerstina, the only unbeaten team of the seas0n. Ellerstina, an organisation that have been unable to claim the title since 2012, were not only in with a possibility of claiming the elusive title, but also the Triple Crown, having won both the Tortugas and Hurlingham Opens.

La Dolfina and Ellerstina has two completely different seasons. Ellerstina welcomed Hilario Ulloa into the squad and became the best team of the season so far, with all four members finding their rhythm early on. On the other hand, La Dolfina Saudi, faced much troubles due to injuries. These interruptions meant that the four original members were only able to play together for the first time at Palermo. And while they lost to RS Murus Sanctus in a league match, they managed to find reach the final playing at their best.

It has been a challenging year, and Palermo has been ruled by strict hygiene protocols and social distancing measures, with only 10% of spectators allowed in the stands (the Uruguayan flags were ever present, with fans cheering for Uruguayan 10-goaler Pelón Stirling). But at the end of the day, what counts is that the 2020 Argentine Triple Crown was a reality.

it was a very windy day, and the match got off to a quicker start for Ellerstina. Following a penalty conversion by Adolfo Cambiaso, the Pieres-Ulloa foursome secured a 2-1 advantage thanks to two goals from Facundo Pieres. La Dolfina Saudi took the lead (3-2) by the end of the second, widening the gap to 6-3, thanks to Adolfo Cambiaso’s penalty conversions. But Ellerstina made a comeback before stepping into half time, and Facundo Pieres scored two spectacular goals to make it 5-6.

Following a scoreless fifth chukka, Hilario Ulloa, who played one of his best matches of the season, scored a neckshot to tie the match 6-all with four minutes left on the clock. It was the only goal of the sixth chukka. Tensions were running high, especially as La Dolfina failed to score since the third chukka when Adolfo Cambiaso converted a corner. They resurfaced halfway through the seventh, when Pablo Mac Donough converted a 40-yard penalty to retake the lead (7-6). But Ellerstina replied quickly, with a spectacular play by Facundo Pieres which resulted in a neckshot goal by his brother Gonzalito. A couple of intense minutes followed; first, when Hilario Ulloa hit a powerful backhander to avoid a goal from Adolfo Cambiaso, and then when Gonzalito and Facundo Pieres scored a goal apiece to give Ellerstina a tight 8-7 lead with only one chukka remaining.

And what a last chukka it was! With only two minutes left on the clock, Juan Martín Nero managed to tie the game 8-all. A 30-yard penalty conversion by Pablo Mac Donough followed to put La Dolfina Saudi back in the lead (9-8). Ellerstina were struggling to score again when Adolfo Cambiaso picked the ball, ran as fast as he could, and scored the winning goal (10-8). With less than a minute remaining, neither luck nor time was on Ellerstina’s side.

Only one question remains: After ten glorious years, could this win mark the end of La Dolfina as we know ir? The answer is sure to come in the following days. But right now, the time has come to enjoy this team, four living legends of polo.

Fomento Equino Cup to the best mounted player of the final: Adolfo Cambiaso.

Gonzalo Tanoira Award to the best mounted player of the tournament: Adolfo Cambiaso.