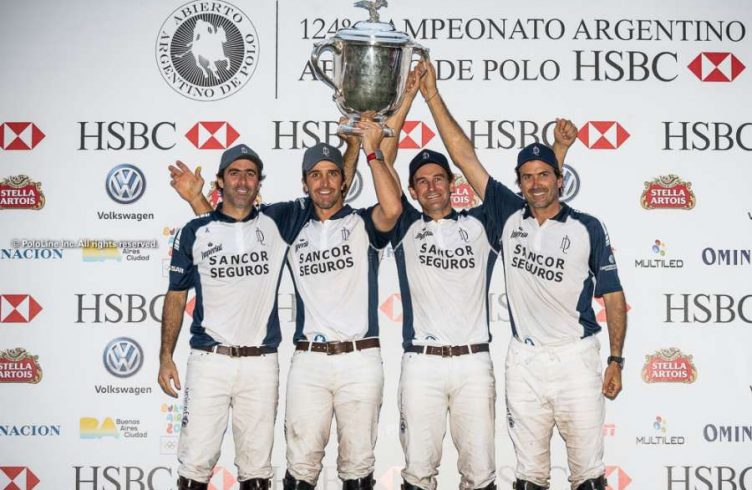 The fourth consecutive meeting in the Open final started off with Ellerstina being fast out of the blocks and led 3-1 (2 x Polito, 1 x Gonza, 1 x Adolfito)after the first chukka but La Dolfina came back in the second (goals from Cambiaso and Mac Donough & Polito) be 4-3 down. By the end of the third, La Dolfina led 5-4 through two Cambiaso goals to no response from Ellerstina. However, two quick Polito Pieres goals at the start of the fourth had Ellerstina back in the lead temporarily until two penalties by Cambiaso and Juanma Nero switched the lead again with La Dolfina leading 7-6 at half time. Both teams had similar shots at Goal to goals scored ratio and both scored all their penalties (La Dolfina 4 and Ellerstina 1) with La Dolfina winning throw-ins 9-4. So in the first half, we saw an evenly balanced match.

Polito scored twice at and by halfway through the fifth Ellerstina were back in the lead until Cambiaso scored La Dolfina’s fifth penalty to level at 8 apiece. Two more penalties put La Dolfina 10-8 up in the sixth, then Facu scored a penalty (10-9) but Pablo Mac Donough scored a field goal to go 11-9 up at the end of the sixth.

Ellerstina were not down and out, with two more Facu penalties (his 60 yarder levelled the score) bracketing a Polito field goal the scores were level at 13-13 and the match moved into overtime.

La Dolfina took advantage of an air shot (a glory shot attempt) by Polito to regain possession and Cambiaso launched a long pass which was picked up by Juanma Nero who scored the winning goal taking La Dolfina to a 14-13 win, their fourth consecutive win against Ellerstina.

An exciting and close match but I can’t help feeling that the large number of goals from penalties that La Dolfina scored took away from the spectacle. Having said that, they showed yet again that they know how to win and one of the reasons was possession of the ball. La Dolfina won 18 throw ins to Ellerstina’s 7.

Ellerstina will be back and next year, I think Alegria will be in the same league as La Dolfina in the Palermo Open. Could we see a different final?