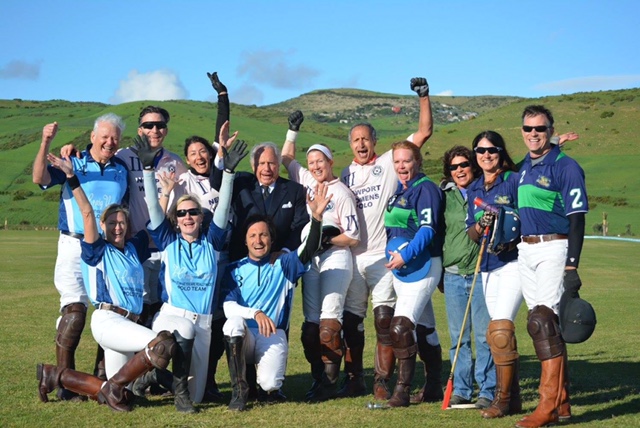 A group of 15 polo players from polo clubs in California and Rhode Island spent a week playing polo at the PGH La Palmaraie Polo Club in the Northern Coast of the Kingdom of Morocco, located near the City of Asilah an hour drive from the international City of Tangier.

Often referenced as the gate way to North Africa, the Nort Coast of Morocco sizzles in the spring & summer as the place to be for tourist’s from all over Europe as well as for Morocco’s bourgeois.

Occupying its own petite peninsula, the beautifully landscaped PGH La Palmeraie Polo Club and beachfront hamlet was built by Patrick  Guerrand Hermes to introduce the sport of kings in Morocco and to attract the elite of Europe and the Middle East, seeking to balance polo and outdoor beach enthusiasm with a busy social calendar.

The PGH La Palmeraie Polo Club is composed of three new fields, located in front of the sea with a lovely view of the dunes, miles of virgin beach and the wild landscape.

The property is a beautiful polo destination retreat where over 200 PGH top bred polo horses are played by from March through October with a variety of all inclusive polo packages available at all levels. For those who desire equestrian rhapsody without the polo, the estate’s esteemed horses are always ready for exhilarating rides on miles unspoiled beach.

The PGH La Palmeraie Polo Club functions as a self-contained destination, so the daily agenda for the group included beach rides and stick & ball in the morning with polo matches in the afternoon after lunch and different themed dinner parties each evening organized by the Club’s social manager, Lucia Halabicova . The group also went on a shopping excursion to the local markets in the nearby City of Azilah, as well as enjoyed a traditional Moroccan dinner and folklore show in Tangier at the historic El Minzah Hotel, where the design and architecture and people watching was as delicious as the food.