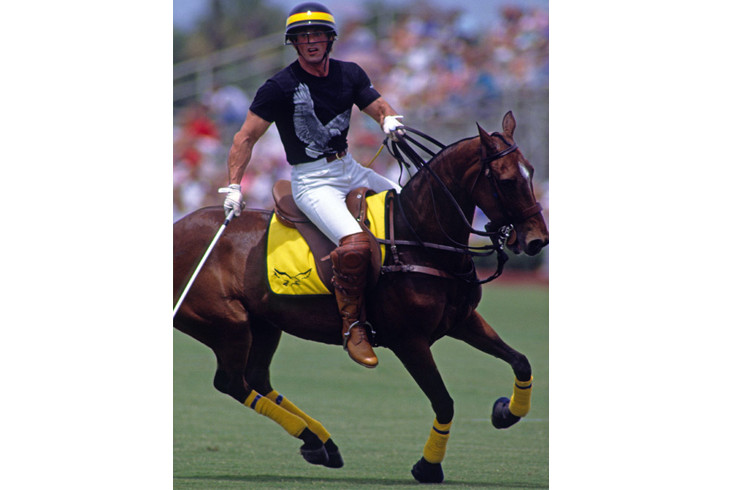 The Stallone family has a strong link with the equestrian world. Since his childhood, Sylvester rides with his father, great equestrian amateur and particularly to polo.

In the 1990’s, during a game at the Palm Beach Polo and Country Club (Florida), Sylvester and his father were on opposite teams in a celebrity exhibition with the Gracida brothers. For Frank, Sylvester’s father, this game was “the thrill of his life”; Frank’s team won 6-5 over his son’s team, and Sylvester was named the most valuable player for scoring two goals.

When you ask Sylvester Stallone about polo, he answers “playing polo is like trying to play golf during an earthquake”. He definitively loves the trill of polo and he is on his way to be passing the family love for horses onto his children.