Junior of the Month 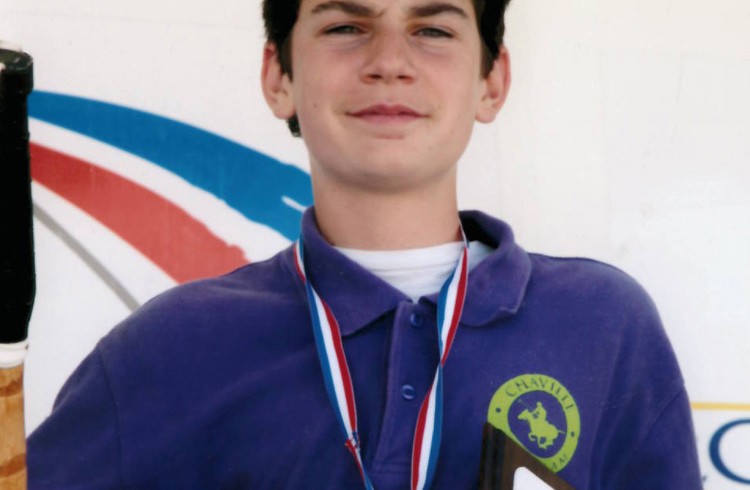 Ilan, 14 years old, started taking horse-riding courses at the age of 4.
When he was 10 years old, Vincent Boubet proposed him to start playing polo, sport that he plays since that day at the Equestrian centre of Chaville.

He is part of the same team since his beginnings and that is for him, what gives them their strength. They participated to many competitions together, knowing each other perfectly, they mutually support themsleves for good but also bad moments.
His team lost the Championnats de France of 2014; he lived this defeat as a big frustration, but it game him strenght to play each game as it it was the last one.
With his team, he also participated to the Championnats de France in 2015 where he has won the Gold Medal.

Why Polo ? Because it is a playful sport, closely linked to the horses, with an important margin for progression on both technical and tactical plan, but above all a team sport.
His position on the fields? Often number 1 because he enjoys scoring goals!
Ambition? Have the chance to go in Argentina to discover the culture of polo, meet players and learn from them.
His dream? Become a profesional polo player!

It’s your turn to become the Junior of the Month! Don’t hesitate to send us your information at info@polonconsult.com