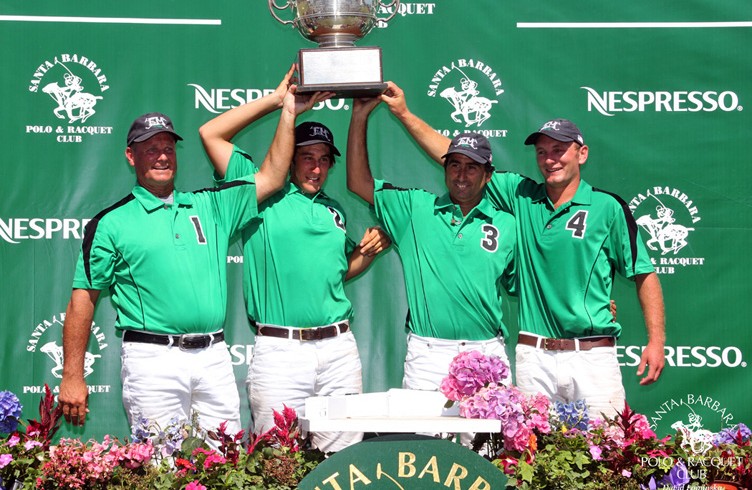 A great sunday afternoon of competitive polo took place at the Santa Barbara Polo Club for the USPA Nespresso America Cup on July 26th! The final was won by the Farmers & Merchants team and followed by a wine tasting, a great lunch at the Polo Grille and many Nespresso beverages! “Gypsy Girl”, owned and played by Azzaro was the Best Playing Pony during this game!