What is the Handicap in Polo? 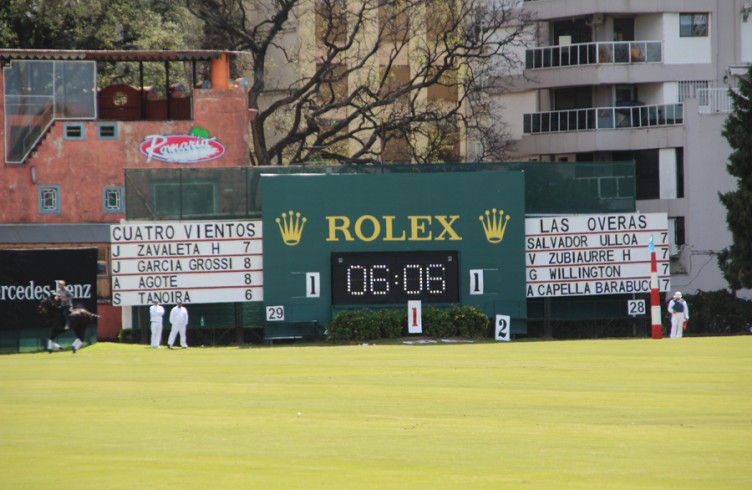 The business of the Handicap Committee shall be conducted in accordance with the following Regulations, or such amendments thereto as the Members may by simple majority from time to time decide.

HPA Handicap Committee
The Handicap Committee shall consist of a chairman (“the Handicap Chairman”) who shall be a Steward and not more than ten other members, who shall be elected by the Council annually. Four shall form a quorum. The two longest serving members will retire after the September meeting and will not be eligible for re-election for one year. The Handicap Chairman need not retire under this Regulation unless he has served as the Handicap Chairman for four years. The Handicap Chairman has the power to co-opt additional members who are entitled to vote. The normal policy on voting is as below :
– Anyone who has an interest (team, family, employer etc) must declare this before they enter into any discussion.
– All present have one vote regardless of any interests or whether or not they have seen the player play. However anyone with an interest is asked to declare it to the Chairman before commenting or voting. They are there to make a judgement on the various recommendations and information provided by those present. They may take into account their knowledge of the individual player if they are in a position to do so.
– The Chairman may vote in the first round or not as he wishes. Whether or not he has previously voted, if the votes are even, he may have the casting vote.

Members of the Handicap Committee attend No 1 and No 2 Committee meetings. The Chairman will co-opt additional players as he thinks fit. These will differ for each meeting to reflect the handicaps being discussed. Any changes are endorsed by Stewards and take effect on the 1st January following.

NR – If the player has played in less than two tournaments or ten games of a suitable level, or has not won any games, it is likely that he will be ‘NR’. (It is the responsibility of the player to keep a record of the games/tournaments he/she has played and the results.) If a player is NR’d it means that they will have to submit a CV form in order to be given a handicap. NR may also be used for a player that does not require a handicap for tournament polo e.g. retired or RDA.

Brackets – The brackets signal that a player’s handicap is under review and is therefore more likely to be changed at any time. See 2b Annex C to the Rules for brackets in the 22 goal.

Removal of Brackets – Brackets may be removed by the HPA when it is clear to the main Handicap Committee that the player is correctly handicapped.

As a Work Permit Restricted Player – Anyone must have a registered handicap of at least 2 goals to have a work permit as a player. Anyone who is here on a work permit other than as a player may only play at a club where both they and their employer are members and they shall not earn money as a player, either for themselves or their employer. They must pass the rules test before they can be awarded a handicap which shall not be less than 0 and which will be shown on the website with ‘R’ after their name to indicate that they may only play at a club where they and their employer are a member. What polo they are allowed to play in is a matter for the club concerned but they may not play in any High Goal or Victor Ludorum tournament.

CV Forms and Allotment of Handicaps

CV Form – Any person who requires a handicap above S and who does not hold a current HPA handicap is required to submit a CV form. It is the responsibility of the club that makes any such player a member to send to the HPA a completed copy of the current HPA official CV form. The form must be signed by the player or his patron and a club official. The club handicap committee may include a recommendation on the form but until a handicap has been awarded by the HPA and a membership card received by the player, the player concerned may not play in
any tournament. The CV form must be received by the HPA at least 3 working days before the player concerned is due to play in any match. Any CV form that is found to be incorrect may result in disciplinary action being taken against the individual and/or club concerned and the team concerned being banned or disqualified from the tournament.

Allotment of Handicap – The awarding of a handicap will be at the discretion of the Handicap Committee but in general no handicap will be awarded to a new player on the basis of a CV form until mid January. The handicap awarded will be placed in brackets and will normally be the highest handicap held in any country during the 12 months previous subject to the following:

– Player Going Up in another Country – If the HPA is aware that the handicap of the player is due to be raised then the HPA Handicap Committee may award the new handicap.
– Players Gone Down in Another Country – A player or former player whose handicap has been lowered in the last 12 months may be awarded his current (lower) handicap provided that he has held an HPA handicap in the past for at least 3 seasons concurrently and that he is of an age when improvement is unusual.
– Past Players – The Handicap Committee is able to grant a handicap to a player who has been out of polo for a number of years on the basis of a CV form and club recommendation.