Ernesto Trotz: Where is Polo going? 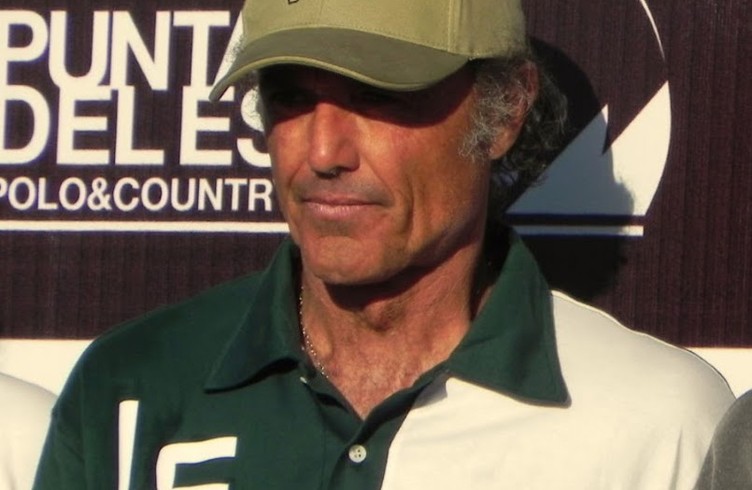 Born in 1956, as a child he followed his father in his love of horses, but as a son and grandson of army officers, his family could offer him no prospect of a polo career. He belongs to a generation for whom talent and application, coupled with support of successive patrons, rather than dynastic inheritance, took him to the top.

The peak of his polo career was La Espadana, with teammates Carlos Gracida and the Pieres brothers, Gonzalo and Alfonso. Victors in the Argentine Open in 1984 and (as a 40-goal team) from 1986—90, they won a swag of other trophies in other Argentine, British, French and US tournaments. Trotz singles out for special mention the America Cup, donated by US patron Peter Brant and played at Greenwich, Connecticut for three consecutive years, 1987-89. In effect, it was an unofficial test match, the US (Gracida brothers Memo and Carlos, Mike Azzaro and Owen Rinehart) pitted against Argentina (Trotz, the Pieres brothers and Benjamin Araja). Argentina won all three.

From 1986—94, he was ranked at ten goals in Argentina. Now on eight goals he plays in the Buenos Aires-based patron-polo tournaments organised by Polo Tours in March-April, but declares he has retired from the international circuit, which had claimed him four months each year. His family, he insists, henceforth has first claim upon him, coupled with his estancia outside Santa Rosa, Pampa Province, where he breeds polo ponies, some for sale, others to mount his 19-year old, two-goal son, Ernesto (“Rulo”).

Ernesto’s father and grandfather, also named Ernesto, each played for army teams in their day, in his father’s case with a five-goal handicap at his peak. “My father gave me everything he could and more,” he says. “I owe him everything. But I had nothing here so I started going abroad, first to America, to Australia [to Kerry Packer’s Ellerston Polo Club] and to England, playing polo overseas so I could establish myself here.”
He has no regrets at how polo patrons have changed the game. He accepts that polo in Argentina is different from anywhere else in the world. “But without patrons, there wouldn’t be any professional polo,” he shrugs. “That’s the reality, and thanks to that reality, polo can grow all over the world.

What of the complaint that polo as a spectator sport had actually declined?
“No. To me, every sport in the world is growing and improving. People are doing so much for their sports, and polo is no exception. Patrons are investing so much in their clubs, people are buying horses everywhere. Over the past 15 years polo has grown 200 per cent and I see it growing another 200-300 per cent over the next ten years.”

What of the grievance voiced within the global polo community that that patrons have become much too powerful relative to national polo associations, for the good of the game? “On the contrary, I’m really surprised that the patrons don’t have more power,” he responds. “With the odd exception, they don’t try to exert influence on the associations.”
Nor does he accept that the pressures on professional players to win, at whatever cost, has exacerbated bad behaviour. “There have always been problems. There were problems when I was playing the Argentine Open and in America and in Europe. There have always been players who want to concentrate on the game, who love it and who want to improve—and others who want to spoil all that. But that’s human nature.”

I cite the low point of the 2006 Argentine Open, El Paraiso versus Indios-Chapaleufu 11, a 2 ½-hour match that saw umpires award 50 penalty goals, an Open record, a match reduced essentially to a penalty shoot-out. “Bad things happen,” he shrugs. “I don’t did enjoy it either. But if you want to win the Open you have to play well. You can’t play dirty, and if you play well you’ll give the spectators a good game. Certainly umpiring is important. Games like the one you mentioned send an alert to the Argentine Polo Association and it must address it, but the umpiring is improving.”
He cannot, and will not, tolerate dirty play. In 2007 El Paraiso invited him to coach them for the Argentine high-goal season. Mindful of their notorious reputation, not only in Argentina but elsewhere in various configurations, he accepted but on the express understanding he would resign if ever El Paraiso ever crossed that line. Sebastian Merlos obliged in the first game of the Hurlingham Open, suspended by the umpires. Trotz at once resigned, by his own account more in sorrow than anger.
(Last year El Paraiso was disbanded. One Merlos brother, Juan Ignacio, joined Indios-Chapaleufu 11, with Augustin and Sebastian, together with Santiago Chavanne and Marcos Heguy, forming a new team, Pilara Piaget, to the great benefit of the high-goal game as a spectacle sport).

What of the constant interruptions in high-goal polo as players change ponies in mid-chukka? “It’s not the end of the world. It’s been happening for the past eight to ten years. You have to establish new rules. If someone wants to change a horse in mid-game you don’t wait for him, you don’t stop. It’s up to the player and maybe the team loses a goal. You have to give the authority to the umpire so that the game is not interrupted.”
And his reflections on the continuing discrepancies in the rules of polo, and their interpretation, even between the world’s largest polo-playing countries, Argentina, Britain and the US? Wasn’t the Federation of International Polo (FIP) formed back in 1982 with a mandate to standardise the rules of the game? “Polo is 30 to 40 years behind golf or tennis. Every national polo association must get itself properly organised for FIP to get into the picture. I think it will happen but it will take longer because it started later. The national associations have to find solutions to their problems and for that we need professional administrators rather than people doing it as a favour and for the love of the game.

“Polo associations have to start thinking about the needs of spectators. To me television is everything to sport. If you want your sport to grow, it has to be on television. I don’t have the answers but there’s a lot of things we need to study so that polo can be put on television. The future of this sport will be on television, like every other sport. That’s the only way for it to grow.”

Previous post:
Why do we have to cut the horses’ manes and wrap the tails? Next Post:
Is the weaker player always the No. 4?