Julio Arellano on the road to recovery 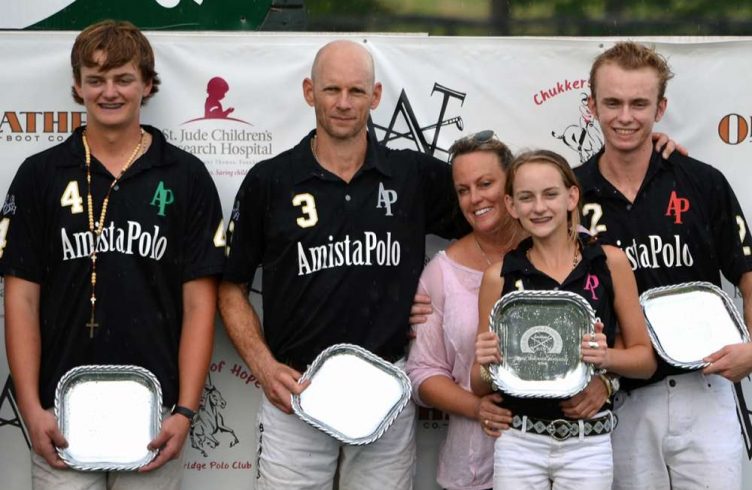 Statement by the United States Polo Association regarding the recovery of Julio Arellano:

“As many of our members may have already heard, two weeks ago American 8-goaler Julio Arellano was involved in a horse accident and suffered an injury at Flying H Polo Club in Big Horn, Wyoming. He was not playing a match or practicing; he was out riding quietly and schooling when his horse flipped over backwards and knocked him unconscious. He was not wearing a helmet. Arellano was ambulanced to Sheridan Memorial Hospital and later that evening flown to Billings, Montana, to St. Vincent’s Healthcare Hospital, where he remained in an induced coma until the following day. He was awoken, was moved out of the Intensive Care Unit and has since made significant advancement and is improving quickly. He is slowly speaking and communicating quietly.

The generosity of the Johnston and Ingram families have enabled Arellano to relocate to Nashville, Tennessee’s, Vanderbilt University Hospital where he is receiving excellent care. He is doing very well and continues to progress with his physical therapy, speech therapy and occupational therapy. ‘We are eagerly awaiting his transfer to the rehabilitation center where his physical therapy will be intensified. He is smiling and in good spirits,’ said Julio’s brother and USPA Executive Director of Services Carlucho Arellano.

‘He is doing much better here!!’ said Julio Arellano’s wife, Megan, in a recent Facebook post. ‘The care is amazing! He is moving to rehab tomorrow or Tuesday. He is getting better every day! He really enjoys his morning FaceTime with Gillian [Johnston] and Sugar [Erskine]! It really brightens his day (and ours)[…]He remembers everyone! He is confused on what happened and why he is here, but every day he is getting better! There have been so many people that have helped and we will be forever grateful!!’

The USPA is pleased to hear of Arellano’s continued healing and send our most fervent well wishes for his full recovery. Julio Arellano and his family are an inspiration to many both on and off the field and with the entire polo community behind him, we all hope for his speedy recovery. ‘I’ve ridden with Julio all my life,’ stated Carlucho Arellano. ‘More so, I have watched him, better yet observed him and admired him. I can count on one hand the amount of times Julio has fallen off a horse. I think there are several of us, not just me, that find him to be an outstanding horseman, even venture to say in the realm of the all-time best. He wrote an article for Polo Player’s Edition a couple of decades ago titled, ‘Be a Riding Fool.’ His message was to encourage people to become better horsemen by riding continuously for long periods of time. At times like this, when one may want to shy away from the sport, I encourage everyone to be better horsemen, put on your helmet, and be a riding fool. I look forward to watching him ride again soon.’ The USPA echoes these sentiments and cannot wait to see Arellano back in the saddle.’