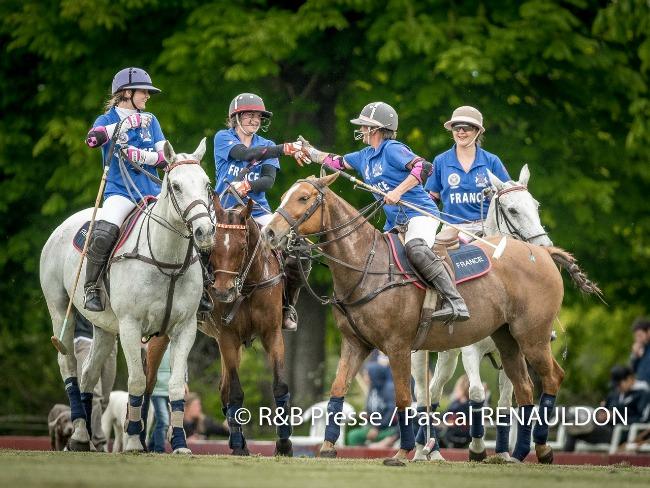 On Sunday, during a difficult game, the French feminine team got out from the German trap and made the first step towards the finale of the first Ladies European Championship organized by the FIP.

Yet, the encounter began in difficulty for the tricolors who conceded 3 goals in first period. The German horses were clearly faster than the French’s. It became important to change the strategy, tie up the defense to not let the German slip out with their “rockets”. Wind changed and the French were now in control. Lead by the famous Caroline Anier, the French were mostly in their opponent side of the field, pushing them to the commit faults, giving them four penalties, three transformed by Caroline Anier. Added to this a goal by Lea Siboni as the German only scored on goal over the three periods, the game was done: 5 ½ to 4. Rendez-vous today at 3:30pm against Italy.

An Italian team overcame by England in the other encounter of the day (7 to 3) and quite easy for the French.

A beautiful first day in this week of Championship, spared by the announced rain: there were a lot of spectators on the sides of the fields.

Previous post:
THE NEW SEASON OF POLO AT COWDRAY PARK POLO CLUB Next Post:
Ladies European Championship: Everything to play for!