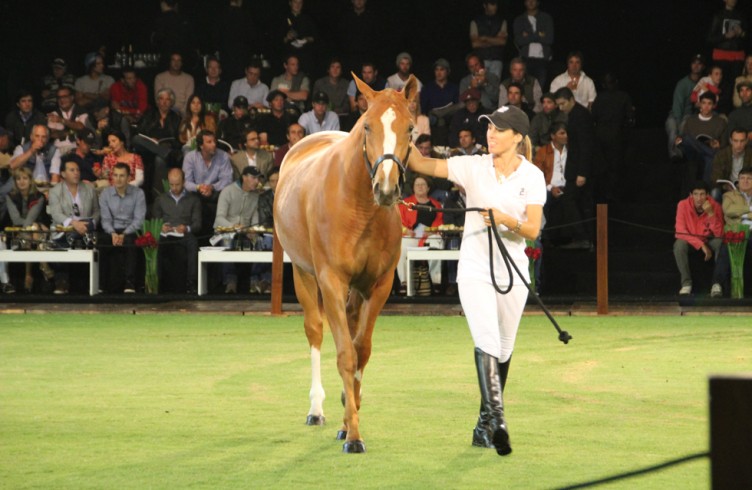 The polo pony is one of the most important factors in Polo – most players admit that their horse is responsible for 70%-80% of their game. The quality of a pony can have great effect on the issue of a game.

The Polo Ponies are generally calm, always alert and unfailingly obedient, they are sensitive to signals and commands from their rider. But they are also very competitive and will try to prevent other horses to “steal” the ball from them. Polo requires a lot of speed and agility to turn and stop quickly in order to follow the path of the ball.

No longer limited as to size, today’s average pony is from 15 hands (a hand is four inches, and the horse is measured from the withers) to as much as 16 hands, and will weigh between four hundred and five hundred kilograms. Even though the height limit for ponies is 14.2 hands, the polo playing horses are still called polo ponies due to their former height limit that was 14 hands.

The average age of the ponies is about nine years, but their playing life may last into their teens, depending on the level of polo that is played, the health of the horse and the care that it received.

Outside of Argentina there is no particular breed for polo. In the USA, the horses used for polo are usually Quarter horses bred with Thoroughbred. This breeding gives a great mix of speed and agility.

Argentina, which has been producing some of the best polo ponies since the 1930’s, has created a stud book for polo ponies. The breed is called Argentine Polo pony. Its characteristics are a long neck, a strong back, powerful hindquarters and marked withers. It has strong bones, a sanguine temper and a very muscled body. The breed was created by breeding Argentine Criollos with Thouroughbred. The Argentine Criollos are small, calm, clever and very agile horses whereas the thoroughbred gives the breed the speed and power it needs.

The polo ponies manes are always clipped to avoid that a mallet would get stuck in it. For the same reason, the ponies tails are braided when playing.

Those horses are true athletes and deserve the best care but also a continuous and rigorous training. All these factors explain the prices that can be paid for high goal Polo ponies and the development of cloning in the Polo ponies breeding industry.