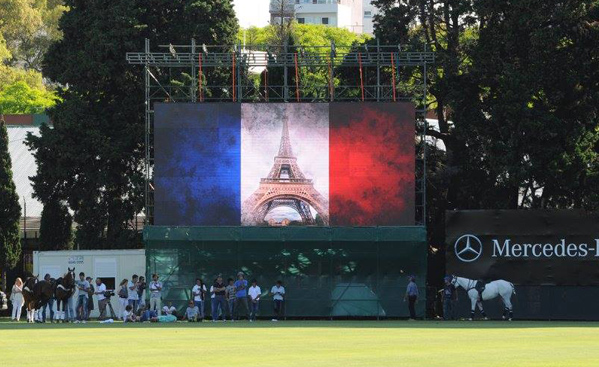 The traditional Partido del Siglo XXI of 80 goals, gathering some of the best players of the world, was played this Sunday, November 15th at the Campo Argentina de Polo de Palermo!
The Coronel Suarez and Santa Ana teams played against eachother and the game ended on the results of 9-9.
The game was organized by the Pape Francisco and all the benefits are given to schools in Italy.
A minute of silence was made at the beggining of the game to honor the victims of the terrorist attacks that happened in Paris on November 13.