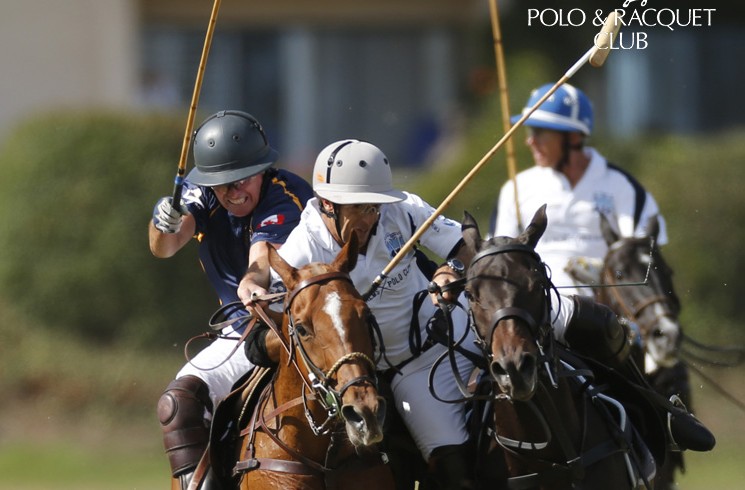 SANTA BARBARA, CA. (May 24, 2016) Mariano Fassetta was the hero of the Highwood team draining a penalty four to win the Sunday 3:00 match with 5 seconds remaining in the final chukker of play.

“You know, I think it was confidence and a little bit of luck,” laughed Fassetta. “I hit my last penalty horribly so Marcelo [Abbiati] took the next one. When they called the last foul of the game and gave us the penalty 4, Marcelo asked if I wanted to hit it. I had practiced the penalties the day before and I was on my best horse. I thought if I make it, we win, if not we play overtime, and thankfully it went right down the middle.”

Highwood and Farmers and Merchants Bank were neck and neck throughout the entire game. Both teams lined up with the same combination of rated players, two 5 goal players, an A rated player, and a Walker, each with a two goal handicap. The final shot by Fassetta gave Highwood the victory 9-8 over FMB.

The final round of tournament play will take place on Wednesday, May 25. Twin Palms will play Antelope at 2:00 PM and Klentner Ranch will face Farmers and Merchants Bank in a virtual quarterfinal at 4:00 PM. The semifinals will take place on Friday, May 27.