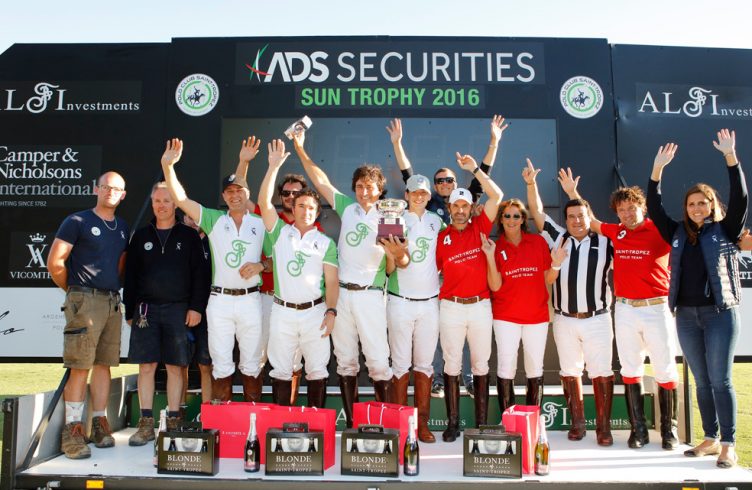 After the thunder storm comes the sun
The weather forecast announced a rainy, thundery Sunday in Gassin but the peninsula is often full of surprises and it was after a very wet morning that the sun, with which we are so familiar, made its appearance as from 2 pm.

The field of honour, impeccable in quality with its combination of sand and tifton, absorbed the superfluous rainwater, so that the final match, delayed by one hour, took place in exceptional conditions, with both sun and comfort for the ponies’ legs.

Ms. Schuler’s mare “Mimosa” won the award for best pony of the tournament, Mark White won the Best Team Patron and the awards ceremony under a full summer sun was as usual rich in rewards. The players received watches along with trophies to reward them for their efforts on the field.