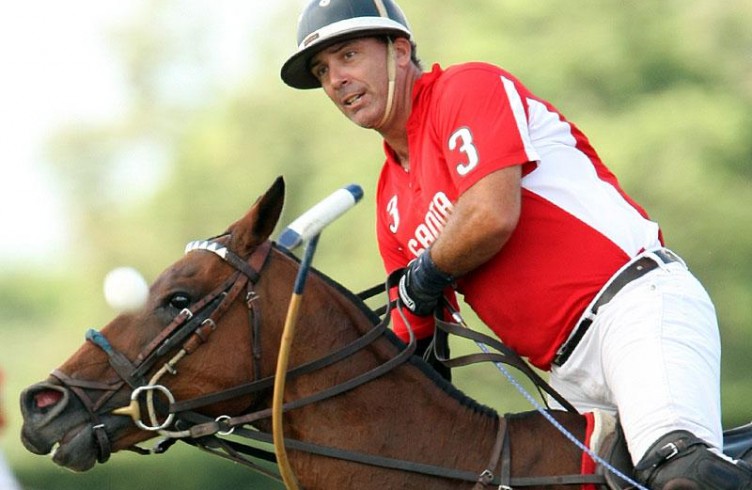 Tommy Biddle is an exception in Polo as only the U.S.A. are able to create. With more of a professional football player figure and shots of rare power, one would think he would be more comfortable playing polo outside, but once again, Biddle surprises us. Indeed, in 2012, Tommy Biddle became the world’s fourth player to get a 10 handicap in Indoor Polo. (This difference between Polo and Arena Polo handicaps does not exist in the same way in France.)

When he started to study at Florida Atlantic University, Tommy Biddle was already professional Polo player, in particular for the Gulfstream Polo Club. However, he tried to develop a Polo program on the campus. In the United States, the university polo is played only Indoor. After his first game against the team of the Military Academy in Culver, Indiana, he said he have become completely addicted to this game which is generally described as faster and more technical, involving less strength than the conventional Polo.
Being just 20 years old, Tommy Biddle was rated with a 5 handicap in field Polo and 7 in Arena Polo. He kept on playing both for a long time without ever reaching the precious 10 handicap in any of the two forms of Polo. He then decided to concentrate on the Arena Polo in order to achieve this goal he had set. Thus, in 2012 he reached the summit becoming the fourth player with a 10 handicap in Indoor Polo.