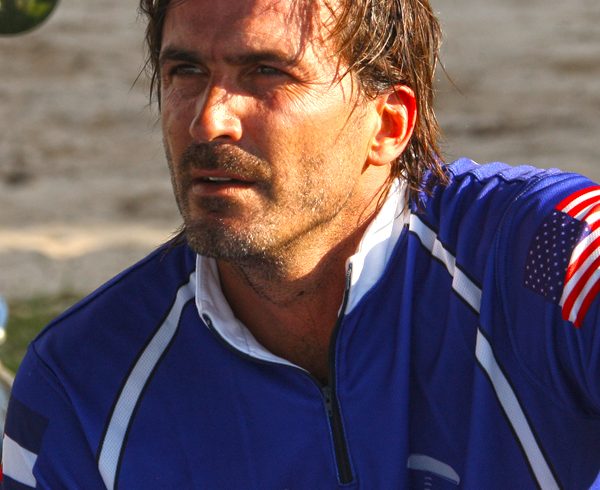 By Alex Webbe
An altered Valiente lineup (Rob Jornayvaz, Kian Hall, Adolfo Cambiaso and Juan Martin Nero) casually ran past Murus Sanctus (Corinne Ricard, Manuel Elizalde, Facundo Sola and Alfredo Cappella) Thursday afternoon in British Open play at Cowdray Park with an 11-8 win.
Valiente had Rob Jornayvaz replacing his father at the Number 1 position and Kian Hall re-joining Adolfo Cambiaso and Juan Martin Nero at the Number 2 spot. Hall, Nero and Cambiaso were all members of the 2016 Cartier Queens Cup championship Dubai team last month.
Although Valiente was still licking its wounds following their 10-4 loss to La Indiana in their last, they appeared to completely at ease as they took the early lead. A 40-yard penalty conversion from Adolfo Cambiaso was followed by a goal from the field from Juan Martin Nero in the first chukker. Valiente provided shutout defense in the opening seven minutes of play for the early 2-0 lead.
Kian Hall made a case for his return to the lineup with a goal to kick off the second period, 3-0. A goal from Rob Jornayvaz had Valiente on top, 4-0 before Murus Sanctus got on the scoreboard. Manuel Elizalde scored the last two goals of the chukker to trail 4-2.
Hall found himself on the scoring end of a pass from Nero as the third period got underway, 5-2. Murus Sanctus team captain Corinne Ricard scored her first goal of the game to end the first half with Valiente in the lead, 5-3.
Cambiaso uncovered the long range artillery in the second half. Frustrated by finding no open teammates in front of him, the top rated player in the game lofted a shot over the field of players in front of him and sending it between the goalposts some 100-yards away to make it 6-3. Moments later Cambiaso added another goal from over 90-yards away as Valiente extended their lead to four goals, 7-3. Goals from Facundo Sola and Ricard cut the Valiente lead down to two goals, 7-5, with Nero pounding the ball through the Murus Sanctus goalposts from 80-yards out for the final goal of the chukker and an 8-5 Valiente advantage.
Jornayvaz opened the scoring in the fifth period with his second goal of the game, 9-5. An aggressively-playing Ricard added two more goals in the chukker with Cambiaso converting a 30-yard penalty shot between them. With one chukker left to play it was Valiente in control of the game, 10-7.
Ricard scored her fifth goal of the day in sixth chukker action with the Valiente defense allowing her to float freely at the front end of the Murus Sanctus alignment. Cambiaso scored the final goal of the game on another long shot, splitting the Murus Sanctus goalposts from 90-yards out for the 11-8 victory.
A balanced Valiente attack had Cambiaso leading the offense with five goals (two on penalty conversions). Jornayvaz, Hall and Nero each scored twice in the win. Ricard’s five goals set the pace for her Murus Sanctus team. Elizalde scored twice and Sola added a goal in the loss.
The Valiente win boosts their record to 2-1 while Murus Sanctus falls to 0-2.

Talandracas 13, RH Polo 6
A determined Talandracas polo team (Charles Cooney, Pablo Pieres, Tommy Beresford and Sapo Caset) took the field for a 3pm encounter with RH Polo (Ben Soleimani, Ali Paterson, Rodrigo Andrade and Nicolas Pieres) Charles Cooney willing for team captain Edouard Carmignac and the change appeared to suite them. Talandracas rode out to a 7-1 halftime lead on their way to a convincing 13-6 romp.
In a fast-paced opening chukker Tommy Beresford scored the first goal of the game for Talandracas with RH Polo’s Rodrigo Andrade tying the score at 1-1 with the final goal of the period.
Talandracas reeled off three straight goals in second chukker action without a peep from the RH Polo offense. Polito Pieres scored twice with Sapo Caset adding a single goal. After two chukkers of play it was Talandracas with the 4-1 lead.
Caset opened the scoring in the third period by converting a 60-yard penalty conversion and added another from the field on a great individual effort. RH Polo continued to have difficulties mounting an effect attack and were unable to score for the second consecutive chukker. Polito Pieres closed out the first half, scoring on a long pass from Caset to extend the Talandracas lead to six goals, 7-1.
Charles Cooney the opening goal in the fourth period, 8-1. Nico Pieres finally responded for RH Polo with an impressive 80-yard goal shot to make it 8-2. Polito Pieres countered with a long run for a goal, 9-2, with cousin Nico Pieres scoring his second goal of the chukker on a 30-yard penalty conversion, 9-3. Beresford followed up another run by Polito Pieres and scored when the ball was left behind for him by the 9-goaler for a seven goal advantage, 10-3.
The two teams traded goals in the fifth with Nico Pieres and Ali Patterson scoring for RH Polo while Polito Pieres scored twice for Talandracas. After five periods the seven goal Talandracas lead held, 12-5.
Nico Pieres scored his last goal of the match on a desperation 130-yard shot from the field to make it12-6. Beresford put the icing on the cake for Talandracas with his second goal of the game for the final 13-6 Talandracas victory.
Polito Pieres led all scoring with six goals. Caset added three goals. Beresford scored twice and Cooney was credited with a goal in the win. Nico Pieres scored four times for RH Polo. Andrade and Patterson each added a goal in a losing effort.
The win lifts the Talandracas record to 1-2 while RH Polo remains winless in three games, 0-3.
British Open play continues on Saturday with Zacara (Tom Brody, Lyndon Lea, Lucas Monteverde and Pablo Macdonough) meeting HB Polo Team (Ludovic Pailloncy, Ignacio Toccalino, Pelon Stirling and Sebastien Pailloncy) in a 3pm game followed by a 5pm battle between two undefeated teams in Clarke & Green (Nick Clarke, Juan G. Zavaleta, Luke Tomlinson and John Paul Clarkin) and the defending championship King Power Foxes (Top Srivaddhanaprabha, Hugo Lewis, Gonzalito Pieres and Facundo Pieres).
In the early game Zacara (1-1) will be looking to improve on their record while HB Polo (2-1) will hope to record their third win in four outings and secure a spot in the tournament’s quarterfinals. The 5pm showdown between the King Power Foxes (2-0) and Clarke & Green (3-0) will be a real test for Nick Clarke’s British Open entry.

Previous post:
Body Minute won the 18th Open Ladies Next Post:
Airstream improves to 2-0 at the expense of Tupungato