Airstream improves to 2-0 at the expense of Tupungato 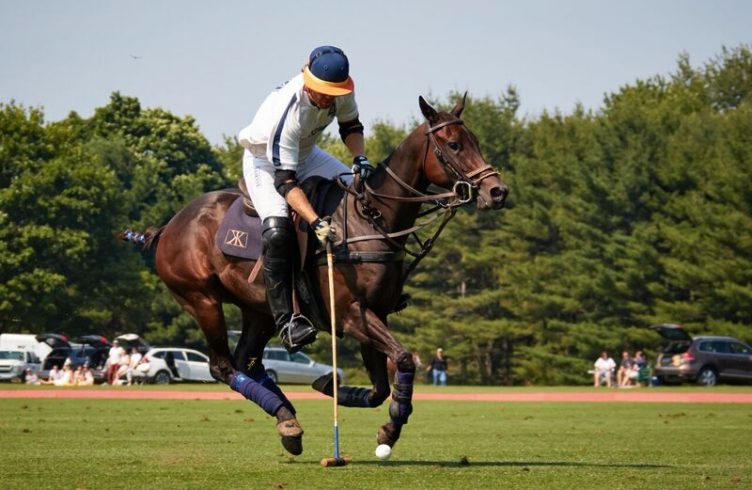 By Alex Webbe
Tupungato (Luis Rinaldini, Juan Martin Zubia, Naco Taverna and Tommy Biddle) was rudely greeted by the Airstream polo team (Benjamin Avendano, Matias Magrini, Kris Kampsen and Guille Aguero) at the Greenwich Polo Club Thursday afternoon in the second round of play in the 2016 Butler Handicap with a 14-11 beating.
Tupungato received four goals by handicap from the 20-goal Airstream lineup and managed to hold the lead throughout the first half of play.
Airstream’s Kris Kampsen opened the scoring by converting a 30-yard penalty shot followed by a goal from the field from former 10-goaler Matias Magrini. Tupungato was held scoreless but continued to lead due to the handicap allowance, 4-2.
Tommy Biddle and Kampsen exchanged penalty goals in second period action followed by a goal from the field from Biddle. This time it was Airstream that was unable to mount a successful attack as Tupungato extended their lead to three goals, 6-3.
Tupungato and Airstream matched one another goal for goal in third period play. Naco Taverna scored twice for Tupungato while Magrini added a pair of goals to the Airstream total. At the end of the first half it was Tupungato with the lead, 8-5.
A regrouped Airstream lineup took control of the game in the fourth period. Guille Aguero opened the scoring with his first score of the day followed by a pair of goals from Magrini and a 40-yard penalty goal from Kampsen. Tupungato was held scoreless and found themselves trailing at the end of the chukker, 9-8.
Building on Airstream’s first lead of the day, Kampsen caught fire in the fifth period. Two goals from the field and a 40-yard penalty conversion had Airstream in front by four goals, 12-8. Juan Martin Zubia managed a single goal for Tupungato but it was Airstream with a 12-9, three goal lead going in to the final chukker.
Kampsen added two more goals to the Airstream total (one on a penalty shot) that had had them on top of a 14-9 score with time running out for Tupungato. Biddle responded with back-to-back goals from the field but it was a case of too little and too late. Airstream took the win, 14-11 and improved their record to 2-0. The loss was the second for Tupungato who fell to 0-2.
Kampsen led the field in scoring with eight goals (five on penalty shots). Magrini scored five times from the field and Aguero added a goal for the win. Biddle’s four goals were a team high for Tupungato. Taverna scored twice and Zubia added a goal in the loss. Tupungato also received four goals by handicap.
A holiday recess will delay the action in the Butler Handicap until Wednesday, July 6th when Tupungato faces Postage Stamp Farm (Annabelle Gundlach, Brandon Phillips, Nick Manifold and Joao Paolo Ganon) in a 2pm contest followed by a 5pm game between White Birch (Santino Magrini, Hilario Ulloa, Mariano Aguerre and Peter Brant) and Northwood (Louis Bacon, Gonzalo Garcia Del Rio, Tomas Garcia Del Rio and Mariano Gonzalez).