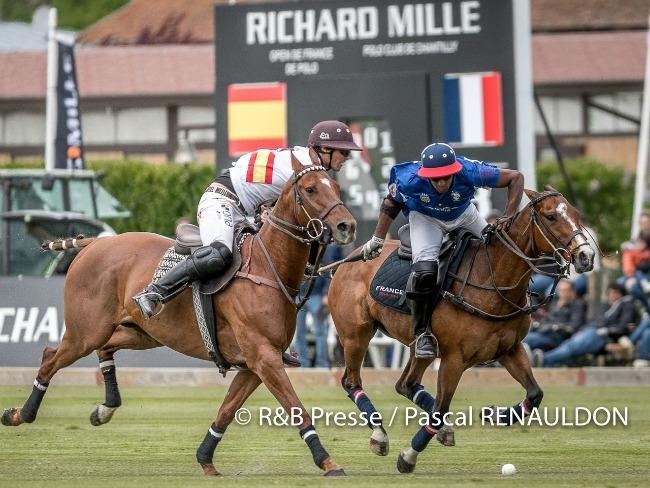 The men of the French team haven’t begun the play-off of the World Championship organized by the FIP in the best way possible. Defeated by one goal by Spain, the tricolors now can’t afford any more mistake if they want to go to Australia.

An unfortunate beginning of encounter during which Spain scored twice on a counter-attack, and it might be during the first period that France lost its game. On the field, the team lead by Pierre Henri Ngoumou seemed to occupy the other camp: “Spain is a great team, said the French player. We know how they play, we met them a few times, for example in England and we came out with a tie. These are four great players, I don’t think we did something wrong. We dominated a lot but we had trouble to finish the action. We were a bit unfortunate and at this level, it all comes to a few things…” Truthfully, losing 5 to 4, it’s nothing but at the end, it’s is a lost and their “joker”, their one defeat margin is now lost. “Indeed, but nothing is over yet. We were not thinking in terms of “joker”, the main goal is to win all the time. Now, we have to beat Germany who played well against England. There is no easy team, we are not favourite or outsider, but we may have some pressure regarding that we are playing at home.”

Will Lucas, this old hand

Handicap 7 at the top of his career, Great-Britain Will Lucas is one of the best play of his generation. With an “old style”, the player was the one to look at during the encounter England-Germany on Monday afternoon at the Polo Club de Chantilly. During an indecisive game until the third period, he made the difference by provoking faults and crossing the field like a racing driver to score the breaking goal for England. And the young German were a bit lost after that, conceding the game 7 to 4 ½.