A world of elegance 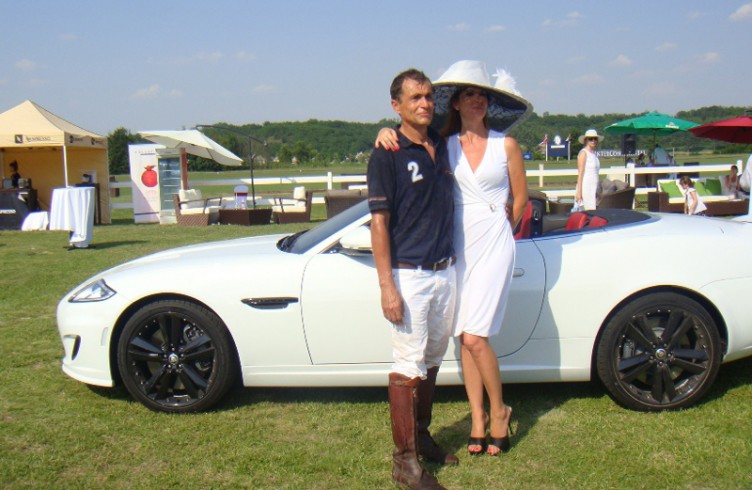 As the saying goes “Polo: the sport of the Kings but also the king of the sports”. Indeed from polo’s birth around 2500 years ago until now, polo has always been both. At the beginning the army and kings played polo in Mesopotamia.
They continued after, when polo had been introduced in Western countries. During more than 20 centuries, from Darius 1st to Prince Henry of Wales, polo remained one of the favorite hobbies of the leaders; women as much as the nobility played polo.

Then, polo has kept the tradition of parades and fashion shows but also the spirit of distinction and elegance. Numerous luxury brands even took a leaf out of polo’s world. Actually, in 1896, John Brooks decided to invent a line of luxury clothing suitable for the game: a shirt with buttons to prevent the collar from flying with the wind. The model was immediately successful and it remains the standard model of shirt today. The logo of the polo’s player was also the root of the Ralph Lauren brand as Ralph Lauren chose the logo in 1971. The high-end ready-to-wear understood that horse-ridding helped women to get liberated and it had to be followed by a clothes change, symbol of luxury and comfort according to Neri Belkaïd, in charge of the fashion design section in the Geneva University of Arts and Design (interview from largeur.com).

A polo tournament is mainly a social and friendliness moment, where people can share. Men and women get dressed to the nines like they do for horse races : dresses made by dress designers, hand made hats or label purses. People come to see fashion shows, art collections or luxury expositions. Hence in August 2011 took place the first luxury exposition in the Brittany Polo Club gathering top brands of ready-to-wear (Vicomte A., Burberry’s, Tod’s, Paule Kâ), jeweler or car (Audi, Jaguar, Ferrari) or boat companies. Besides, Spirit of Polo mallets appeared in a Chanel fashion show. From now on, luxury brands seek for partnerships in the Polo world. Indeed, luxury brands are seeking for shining ion the polo world, that is why the talented players Eduardo Novilllo Astrada is now sponsored by Jaeger-Le Coultre brand.

In addition, artists come into this world in order to show its beauty: painters Alejandro Moy or Charles Billich) paint the sport elegance on their easel (you can learn more here about these artists).

Polo is mainly an elegant sport as it gathers a noble animal in a marvelous place (such as the castle of the Polo Club Schloss Ebreichsdor, the settings of the Polo Club of Saint-Tropez in the divine small town of Gassin, etc.) and with civilized horse riders. The rule of elegance do not make polo’s world an elitist private circle. In Argentina, there are 116 polo clubs opened to a wide public. In an interview to the paper Le Monde, Dario Musso, Argentinian player, explains : «it is true, polo is seen as a sport for rich people. But today it is becoming more and more popular, in particular in a country such as Argentina ». In France, the number of tournaments increased by twice since the beginning of the century, various clubs become also polo clubs in order to make people discover this game to everybody.

Poloconsult is pleased to notice this progress but it remains necessary that fair play and the respect of the horse stay the benchmarks of polo. The elegance symbol of polo is not only aesthetic, it is also moral. These values have to be passed down as much as the rules of the sport.