Chris Ashton: The pinnacle of my all too brief polo career 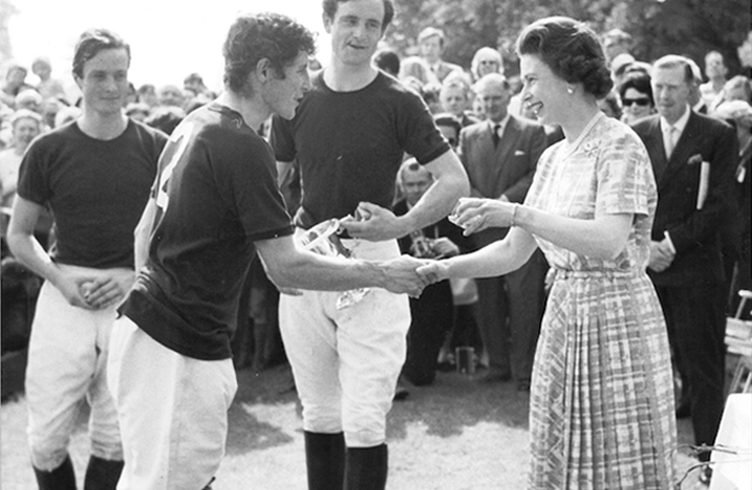 I was in my late teens when I set my heart on rounding out my education at Oxford University before, as I then imagined, I returned to the family sheep farm. Why would a teenage Australian farm boy want to go to Oxford? Let us just say that, compliments of my schooling and university I was in thrall to one of Europe’s ancient seats of learning, the mother university of the English-speaking world; to its promise of chiming church bells, cloistered quadrangles, Gothic spires and cobblestone streets, of punting on the Cherwell and feisty dons.
So it was that when I reached Oxford, far from an open mind as to what lay ahead, I had firm ideas of what to lay ahead. . I was twenty-five years old and my thirst for new experience was insatiable. I that Oxford would both widen my horizons and introduce to hitherto unknown pleasures.

Of the fantasies I had resolved to live out at Oxford, none claimed me more than riding to hounds. At the age of six, my father gave me my own pony, a gelding called Echo, cream in colour with a black mane and tail. From go to whoa he responded instantly to the slightest signal from heel or rein. Through my childhood and adolescence, I helped in mustering sheep and cattle and rode Echo alone beyond the family farm into timbered ranges of eucalyptus forest, with my cut-lunch and bottled water in my saddle-bag returning home in the late afternoon. While I accept that horses can be dangerous, indeed lethal to those who rode them, with hand on heart I can declare that the horses commands my affection above any other animal, and that I do not fear them.

The Oxford University Hunt offered another dimension to my equestrian skills. Once a week in Michaelmas Term in in mid-afternoon, undergraduates on hirelings gathered with mounted local farmers near a local pub to sup mulled claret. The hounds, half a dozen at most, kept in a nearby kennel, bustled about in excitement. The hunt-master would sound his horn and perhaps some thirty riders, local farmers as well as Oxford students, would move off at a walk, then at a trot, passing through woodland and lane ways, but once on open farmland, either crop-land or pasture, the pace would quicken. Soon we were cantering, leading to a full gallop as we jumped over or crashed into hedgerows, field after field. But in truth the Oxford University Hunt was not certainly in my day, a genuine ‘hunt’ club. Certainly we rode to hounds but the scent we followed was that of aniseed laid across farmland, a task taken up by undergraduate army officers (mostly second lieutenants of cavalry regiments commended by army senior officers to take a degree at Oxford.

What I did realise when I joined the Oxford University Hunt Club was that its Master, Second Lieutenant Simon Tomlin son of the Inniskilling Dragoon Guards, was also the leading light in Oxford University polo. As the summer term approached he pressed me to join the try my hand at polo, a sport which commanded a tiny fraction of the prestige cricket, rugby, rowing, athletics, tennis and boxing commanded. Anyone playing for Oxford against Cambridge in a major sport became a Blue, entitling you to wear specific garments (tie, blazer and sweater) signalling your achievement. Playing Cambridge in a minor sport won you a Half Blue. And rightly so.

In my day, time the Oxford University Polo Club (OUPC) had no more than 15 or so members, undergraduate army officers, several English undergraduates, male and female with a passion for horses and horsemanship, and two or three postgraduate ”colonials” from Commonwealth countries. The OUPC owned a dozen polo ponies, slow and steady, well past their prime but ideal for novice players. Through the summer term the ponies were housed in a nearby 19th century stable,cared for by two girl-grooms. The OUPC was, and to this day remains affiliated to the Kirtlington Park Polo Club outside the village of Kirtlington Park, ten miles north of Oxford.

Polo dominated all three of my summer terms. Every weekday afternoon we would drive to the stables from where we would ride the club ponies along bridle paths to the club. Certain were assigned to ‘friendly’ chukkas, and others to ‘stick-and-ball’ practice. Weather permitting, on Sundays an Oxford team would play a match whether at Kirtlington or elsewhere hosted by another polo club. To their credit, Kirtlington players welcomed us into their fold, coaching us in the basics. Our polo matches were friendly contests, the horse-borne equivalent of village cricket.

The high point of our season was the Oxford-Cambridge contest, alternating annually between Kirtlington and the Cambridge venue. For the 1968 match I was chosen for the Oxford team while for Cambridge the youngest, best-mounted player was 19-year old Prince of Wales. Kirtlington would host it at 3 o’clock on Sunday 9th June. A contest which normally drew just a handful of spectators —parents and players’ girlfriends–would as this time be a royal event. Her Majesty agreed to present the trophy to the winning team. Spectators, normally admitted free-of-charge, would this time pay five pounds each,with proceeds donated to the Society in Aid of Distressed Gentlefolk. Town, gown and Oxfordshire County were abuzz. Three thousand attended, an all-time record for Kirtlington.

What of the 1968 inter-varsity match? The Oxford Times reported it was played in brilliant sunshine; that the Queen wore an orange-check summer dress; that Prince Charles was the first of his family to play in the inter-varsity game since 1914 when his great-uncle (also then the time Prince of Wales, later the Duke of Windsor), played for Oxford. In its speed and grace and bravura, in the spectacle of man and horse at full gallop in perfect harmony, the pistol-shot of the small white ball arching across the field towards the goal-mouth, polo at its best is a thing of beauty to behold. But no one, apart from the nearest and dearest of the players, should ever be expected to watch beginners’ polo, as was the Oxford-Cambridge contest. And yet the thousands of spectators, most , I suspect, watching their first-ever game , cheered for one team or the other from start to finish.

Prince Charles and I were marking one another. To the delight of spectators, he scored the first goal. I scored the second. At full-time, after four 7-minute chukkas, the score was just one goal each. To ensure a swift resolution, whichever team scored the next goal (in polo parlance, sudden death) whichever team scored first would win the game. To hasten this conclusion, the goalposts at either end were widened to twice their normal width. In less than a minute Oxford scored the last goal.

Charles Greville, reporting for The London Daily Mail, asked the Oxford captain, Julian Eeley, his opinion of Prince Charles’ future in polo. ”The Prince will be a fine player one day,” Julian replied, ”but before he gets really good he’ll have to develop a more ruthless streak.’ Greville, confessing he himself knew nothing of Polo, ”Then–a rather nice touch, this—while the other players retired to the beer tent, Prince Charles slipped away to see his three ponies and rewarded them for their efforts with some lumps of sugar. I can’t help feeling that a more ruthless player might not have thought of that.”