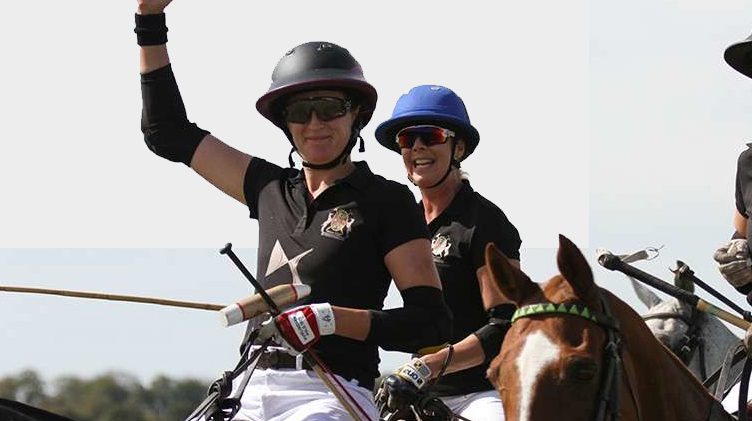 Never has there been a women’s tournament played at such a high level, and the final drew two thousand spectators to the field. Eight teams were in competition, featuring the three best players in the world. The final was won by the only female 10-goal player in the world, Brit Nina Clarkin. “She plays perfect polo,” commented World No 1 Lia Salvo, who was beaten by Clarkin in the semifinals. “She is always moving forward, and she never fouls.”
The final was a duel between the two best British players in the world, Nina Clarkin, who played for DS Automobiles, and Hazel Jackson, representing Engels &Völkers Why Not. The ladies face each other regularly, and they didn’t disappoint.
“It’s the first time I play in Chantilly,” shared Clarkin, who was named MVP of the final. “I thought the fields were fantastic and the experience great. It was really good to have the top three women players in the world playing, and there was a really great standard of polo. The final was really tough, but it was a great game, with end to end runs and lots of goals. They played really well but we managed to take back the lead at the end of the second and hold on. My team went great, we stuck to our game plan and stayed focus.”