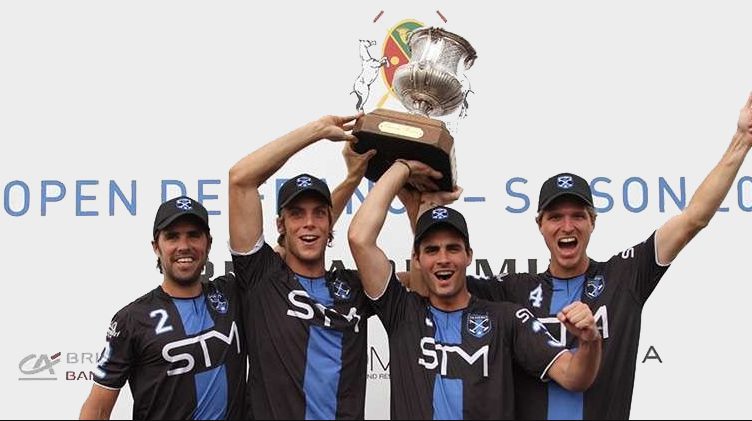 French team Sainte-Mesme ran out the winners of the prestigious Paprec French Open for a second time, denying In The Wings the French Triple Crown. Two thousand spectators came out to watch an incredibly exciting match on a gorgeous sunny.

Matches between Sainte-Mesme and In The Wings are become a classic occurrence in France. The teams have face each other regularly, not only in this French Open, but also back in 2009, when Sainte-Mesme won their first final. In the league matches, both teams faced each other, and in the final, Sainte-Mesme emerged victorious.

“This time, the match was a bit less open,” acknowledged young Sainte-Mesme captain, Robert Storm, one of the best players in France, playing off 5 goals. “A final is always more muddled, it was a more violent, a closed game of polo. In The Wings is one the best team in France, and when we face them, it always leads to very good games.

Santiago Cernadas and Pelayo Berazadi played really well. We were aware of how good our opponent is, the players won together in Deauville, whereas we had never played together before. But we know each other very well and we get along perfectly off the field. I was convinced that this team would work!”

Robert Strom and his teammates got off to a great start in the final, grabbing In The Wings by the throat as they dominated the first half of the match. In the third chukka, Santiago Cernadas accidentally hit Pancho Bensadon with his mallet. It was not done with malice, but Cernadas was sent off for two minutes. This allowed In The Wings to score and equalised the match.

The last chukkas of the match were a battle. Sainte-Mesme took back advantage, while Pancho and his son Rufino Bensadon fought back. When it came down to it, the match ended with a one goal difference, 10 to 9, in favour of Sainte-Mesme. “This victory is important for us,” said Robert Strom. “It has been too long since we last won this tournament. We won in 2009, and we played another final in 2014 where we lost in OT. We were starting to get impatient!”

The Open de France Feminin was won by team DS Automobile, led by World No 2 player, British Nina Clarkin, who seized the seventh edition of the trophy after an exceptionally competitive tournament.