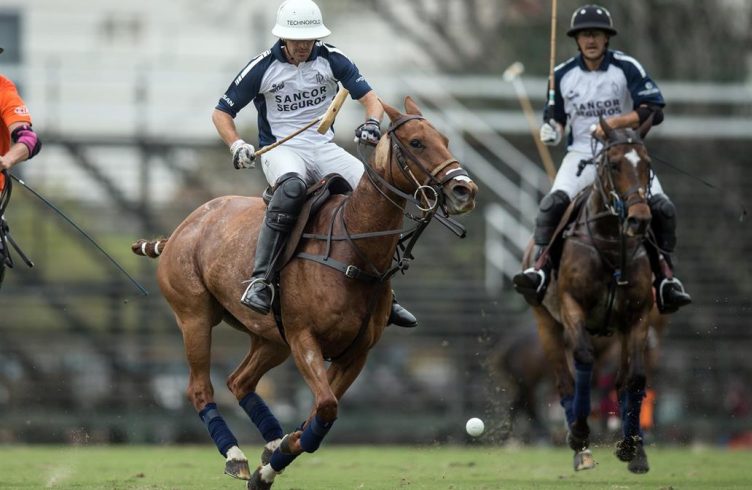 Not only has Pablo Mac Donough begun this year’s Triple Crown in the best possible way, but yesterday’s victory at Tortugas means that he has won the tournament a record number of times. Eleven, to be precise; five times with Ellerstina, and six with La Dolfina. Mac Donough ties with Alberto Pedro Heguy as the players to have won the highest number of Tortugas Open titles in history.

Coronel Suárez is undoubtedly the best team of all time, when it comes to records. The four legendary players (brothers Alberto Pedro and Horacio Heguy, and brothers Juancarlitos and Alfredo Harriott) top the table in terms Argentine Open titles. The fact that Mac Donough has tied one of the supposedly unreachable Coronel Suárez players records is truly outstanding.

“Honestly, I am happier about what we are achieving today than I am about that which happened so many years ago,” states La Dolfina’s number 3. “When I retire from playing it will obviously be nice to know that I tied the score with such a great player like Alberto Pedro Heguy, who is a polo legend. But today I am focusing on what it means for this team to win the first tournament of the Triple Crown, and concentrating on having a good season overall. That is more important at the moment than thinking about the eleven titles.”

“From the moment Milo [Fernández Araujo] joined the organisation, he emphasised how important this tournament is, and we have absorbed that,” he continues. “It doesn’t mean that we won for that reason, but we focus on it a lot more than we used to and we take it seriously. Historically, La Dolfina never really pushed to win this tournament, but from day one Milo has emphasised how important it is to start the season winning. We believe in him and we follow his concepts very closely, so luckily we were able to snatch a victory for him today.”

Pablo Mac Donough’s impressive winning streak in Tortugas started in 2005, and since then he has only lost three finals there: in 2006, 2011, and 2012. In terms of victories, Juan Martin Nero is not far off, with a total of nine titles in Tortugas (six with La Dolfina and three with Ellerstina). Adolfo Cambiaso follows, with eight titles (six with La Dolfina and two with Ellerstina, in 1992 and 1994).

In order to find out who was the last team to win Tortugas before Ellerstina and La Dolfina’s dominance, one has to look back to 2006. Then, twelve years ago, the title was won by Indios Chapaleufú II, composed of Pepe, Nachi, and Ruso Heguy, alongside none other than La Dolfina’s current coach, Milo Fernández Araujo.

At times during the final, Mac Donough seemed to be physically uncomfortable, and he was seen agitatedly exchanging words with Milo during a chukka change. “The last four chukkas I felt a strong pain in one of my adductors, which meant that I had to tape it and deal with it,” explains Mac Donough. “And then, Milo spoke to me about a certain play. Having him in the pony lines is very helpful.”

After three historic seasons, where La Dolfina claimed the Triple Crown consecutively without dropping a match (2013-2015), the team suffered two losses in the last two editions of Hurlingham, depriving the Cañuelas foursome from claiming the last two Triple Crown titles. But this year could see them take all three tournaments once again. “I would be a very ungrateful person if I said that I was not happy with the last two seasons, where we won Tortugas and Palermo,” says Mac Donough.

“Every time one loses a match, or every time that we do at least, we learn our lessons and come out stronger. In 2016 we lost the final of Hurlingham to Ellerstina, and then we won the Open; in 2017 we didn’t even make it to the final of Hurlingham. We had a terrible day against Alegria, and they played very well. We couldn’t wake up, and we had an attitude which was not the one we usually have. That taught us that we cannot relax. Winning Palermo last year was a very important achievement. We are very happy with the three consecutive Triple Crown titles, hopefully we can win another one.”