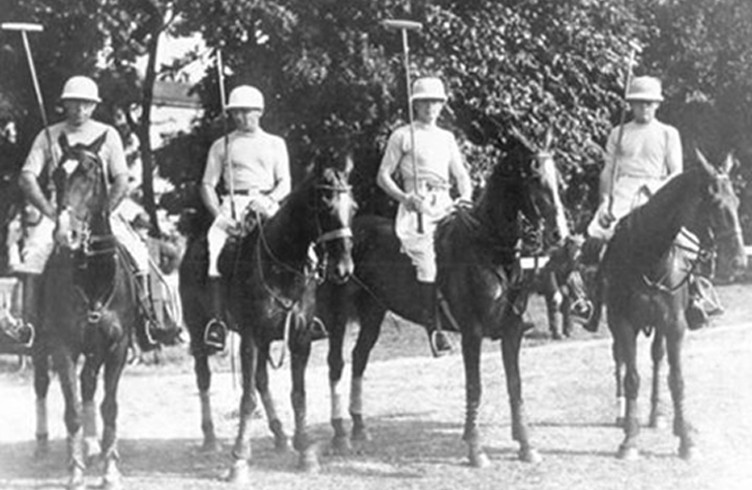 In 1924 in Paris, the Argentine Polo team composed of Juan Miles (29 years, 7 goals), Enrique Padilla(34 años, 6 goals), Juan Nelson (33 years, 7 goals), Arturo Kenny (34 years, 5 goals), Guillermo Brooke Naylor and Alfredo Peña Unzué (as reserve players) won the Gold Medal at the Olympic Games. The team reached a 25 goals level and had brought 35 Thoroughbred horses that impressed the public quite a lot because of their beauty and qualities in the game. It is the first olympic title attributed to an Argentine athlete.

The last occasion Polo was in the program of the Olympic games, were the Berlin 1936 games. The last Olympic polo champion team was the Argentine selection. The historical players who composed the team were Roberto Cavanagh (6 goals), Luis Duggan (6 goals), Manuel Andrada (7 goals) y Andrés Gazzotti (8 goals).

During the awards ceremony, Argentina received a special trophy for this feat: a small sapling oak that was planted by the AAP and even today still stands in the Campo Argentino de Polo de Palermo.