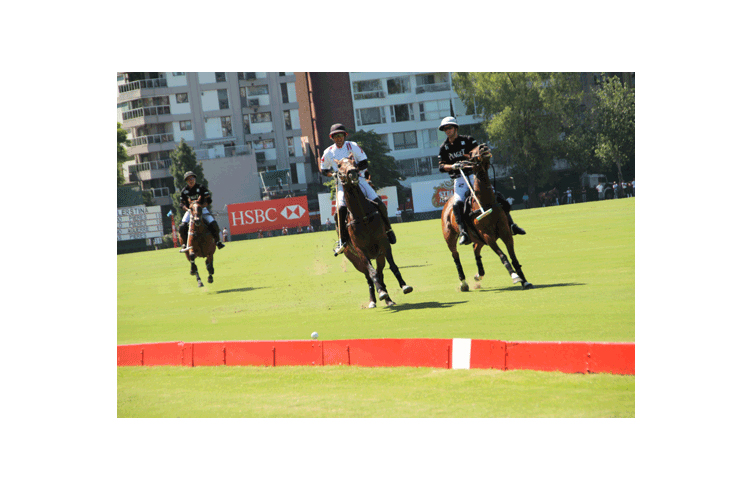 What are the little boards that run the length of the field?

By definition, polo fields can be “boarded” or “unboarded”, the former preferred where spectators are in close proximity to the field to keep the ball in play and thus chasing it from ending up in someone’s lap.

Standing no more than 11 inches high and made of wood, sideboards are generally painted red or green. White sideboards were the fashion at early clubs until 1926, when Frank Hitchcock, brother to the famous 10-goaler Tommy Hitchcock, was seriously injured in a freak accident at the Meadow Brook Club in New York. Unable to spot the ball against the white sideboards, Hitchcock was riding along the boards when he lost his balance, fell and struck his head on the wooden planks. He was in a coma for weeks but eventually recovered from the accident. Club officials immediately decreed that white would no longer be the color of choice for polo boards.