For the Harriott Brothers, the past is another country 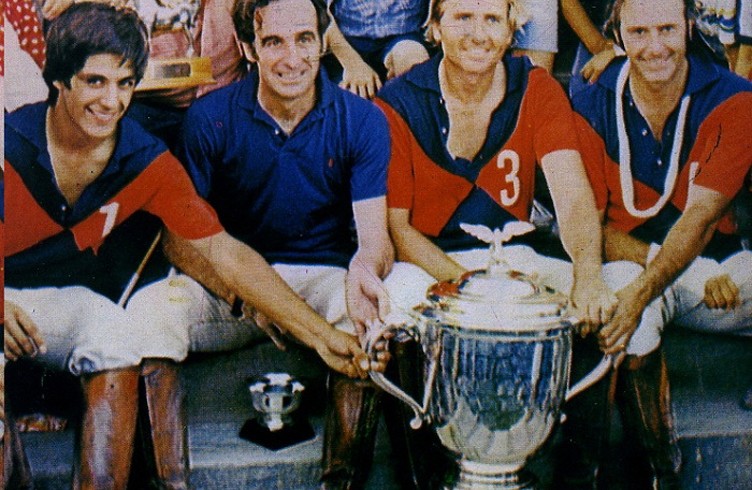 Those of us in love with the English language, among whom I count myself, are indebted to English author L.P. Hartley for the celebrated opening sentence of his 1953 novel, The Go-Between: “The past is another country; they do things differently there,”
Hartley’s aphorism came to mind as I read an interview with Juan Carlos Harriot in the Yearbook of the Argentine Polo Pony Breeders Association, founded 27 years ago to promote the breed, Polo Argentino, now bred by some 600 registered studs.

The interview with Juan Carlos Harriott Junior, known in Argentine polo community as Juancarlitos, recalled for me my own interview with his younger brother, Alfredo, published by Polo Times (UK). Complementing one another, their reflections on how polo was played when they were at their peak, and how it has changed, underline the truth of Hartley’s lucid oft-quoted distinction between past and present.

Mindful that the younger readers of Polo Players Edition may unversed in Argentine polo history before the advent of patrons and professionals, let me briefly digress to the golden age of the amateur game during which the Harriott name burned brightly. Juancarlitos and Alfredo were polo protégés of the Coronel Suarez Club, an adjunct of a market town more than 300 miles of Buenos Aires at the southwestern extremity of the Pampas. Founded in 1929, from the late 1950s until the early 1980s, the club dominated Argentine polo as no other club had done nor in all likelihood, will ever do so again.

Juancarlitos, born in 1936, and Alfredo, born in 1945, were the beneficiaries of such stellar mentors as Enrique Alberdi, a senior club member during their induction to the game, successive generations of the Heguy family, but above all, their father, Juan Carlos Harriott Senior, a nine-goaler at his peak, winning nine Argentine Opens with Coronel Suarez, between 1952-61, and his brother Eduardo who, between them, provided the boys with horses bred for polo.

During his captaincy of Coronel Suarez between 1961-80, and playing in various combinations, including his brother Alfredo, Juancarlitos, with a ten-goal handicap, won the Argentine Open twenty times, coupled with countless other trophies at home and abroad including, as the Argentine team, the Cup of the Americas in four successive bouts with the United States. Fro five consecutive years, the Coronel Suarez team, comprising the Harriott brothers and the Heguy brothers, Horacio and Alberto Pedro, boasted a 40-goal handicap, at the time the only one in the world.

In Profiles in Polo: The Players Who Changed the Game (Macfarland & Co., 2008), Horacio Laffaye, editor and contributing author, credits Juancarlitos as pivotal to its success, reflecting his skills as a player, strategist, captain and for the example he set in his determination to play at full throttle from start to finish, as far as he could, keeping his opponents on the defence.

In 1976 he was honored with the Golden Olimpia Award for the Most Outstanding Sportsman in Argentina. Other 20th century recipients included Diego Maradonna (soccer), Juan Manuel Fangio (car-racing) and tennis stars Gabriele Sabatini and Guillermo Villas.

“Self-effacing, quiet, polite almost to a fault, Harriott enjoyed practice games more than did most players,” wrote Laffaye, “On the field he was all business, with no smiles. A gentleman, he never injured a player.” Laffaye reminds us that Juancarlitos’ polo career was played entirely within “the age of the amateur…the central component of this code was the ideal of playing sports for fun…” [including] “…other aspects such as fair play, voluntary adherence to rules and non-pecuniary rewards.”

As to the genesis of the stable he and Alfredo developed of polo ponies for their own careers, Juancarlitos told the Argentine Polo Pony Breeders Association Yearbook: “The origin of our breed goes back to when my father and his brother Eduardo, who was a very ordinary player, with a two-goal handicap, but with the patience of a saint, and turned out very good polo ponies…When I began playing in Buenos Aires it was a great help because they would lend me all their good horses…They [the stallions] had to be Thoroughbred racehorses, good confirmation, character, etc., which is what is still taken into account now.”

Throughout their polo careers the Harriott brothers were partners supporting one another. When their father and uncle sent them a batch of four-year-olds, broken-in but unschooled in polo, they would ride each of them, by mutual agreement, one brother would have the first pick, with other claiming second and third choice, thereafter alternately picking the remaining horses each for his own game.
How many polo ponies would he typically play in an eight-chukker final?

“In a finaI I would generally use five,” he replied. “I have even played four. On Wednesdays we would play a light practice match and on Thursdays, play at full tilt. If we noticed any of the horses were a bit heavy, we would probably play it half a chukker more.”

Playing off the ten-goal handicap between 1974 and ’82 and winning the Argentine Opens thirteen times, while twice playing for Argentina to win the Cup of the Americas, in his own right Alfredo ranked high in the Argentine polo galaxy in his day. So far from any sense of living in the shadow of his famous brother, he insists they have always been close and continue so. He freely acknowledged his gratitude for his elder brother’s support in his own polo career.

How does Argentine polo played at the highest level nowadays compare with what he and his brother played at the peak of their own careers? “I won’t say that polo today is better or worse but I prefer the polo we played and certainly enjoyed it more as a spectacle,” he replied. “It was an open game with the horses running all the time, and it was more of a team game.

“One of the differences between polo then and now is that we were amateurs and now they’re all professionals. For the rest of the year they play with low-goal patrons. If they’re going to win then they have to play every position so they’ve developed a different kind of polo, more individualistic. Cambiaso is the best example of the modern style.

“The game is so different now that none of the ponies we played would ever be chosen by today’s players—and we wouldn’t have chosen the ponies they now play either! Nowadays the horses and very correct and smooth, with explosive pace in the opening minutes of play but without staying power.

“We would play all our ponies for two chukkers. Now they play each horse for three minutes, changing them frequently because they’re stopping and starting all the time, which is so much harder on a horse than the open, running game.”

And the standard of umpiring in the high-goal game? “I don’t believe you can be a good high-goal umpire unless you’ve played high-goal polo. It’s more difficult now because the line of the ball changes so quickly.” Speaking to me before the Argentine Polo Association to its great credit clarified interpretation of polo’s rules to deter players from possession of the ball no matter what, he continued: “They no longer penalize players who turn on the line of the ball and this has changed the game. No one plays the backhand shot nowadays. Mind you, I’ve never known a losing team to accept that that the umpiring was competent or fair. Arguing with officials has always been a problem and it’s still a problem.”

To this day Juancarlitos and Alfredo Harriott live in the Coronel Suarez district, each with his own farm which in Alfredo’s case involves breeding Thoroughbreds for racing and polo, not least to mount his two sons, Pablo and Sebastian, both semi-professionals with high-goal handicaps, playing with Coronel Suarez.

Does Alfredo Harriott regret that his own polo career pre-dated profession polo at the highest level, offering the best players a handsome living which takes them all over the world? “No, no, no,” he replied emphatically. “I am completely happy with the era when I played.”
The past is another country; they do things differently there.